John Epps (also written as Epes, Epse and Apps), Gent, was a lawyer, who was admitted to the Middle Temple on 2nd August 1572.  He had been raised in Lydd, but there had been Epes in Kent since 1409.  On 22nd September, 1619, he deposed, in a dispute about the rights of the Manor of Cheyne Court, that he had known Sir Norton Knatchbull (after whom the local Boys’ Grammar School is named) for forty years and had known his father before him, so illustrating that the Epes family were firmly part of the established Ashford gentry.

If you click here, you should see some old estate agents details of the house.  I find photo 3 particularly interesting as you can see how the house was constructed using the bent part of a tree.  I think these naturally bent timbers are called cruck frames and helped support the roof.  ‘Cruck’ is from the middle English ‘crok’  and is also where we derive the word ‘crooked’.

John’s son, Francis, was baptized on 14th May, 1597.  (To put all these dates in context, Shakespeare was 31 in 1597).  We don’t know the exact date he left for America but it was before 1625.  He brought people, called ‘Headrights’ (ie any person who paid their own way to America would receive 50 acres of land, on which to grow tobacco) for the King of England to Virginia, making a total of six trips back and forth.  The first people he brought were killed by Native American tribes when he was making his second trip to England.  On the third trip, he brought his family to Virginia.

In April 1625, Francis was invited to sit on the Assembly, or Convention – the state government – at James City, Virginia.  At the Convention, he signed a petition to be sent to England expressing their concern or “deep discouragement” over the change of King in England: Charles I had taken over from his father James I.  Charles I was eventually beheaded in 1649: his decisions disliked by his countrymen in England and in America. 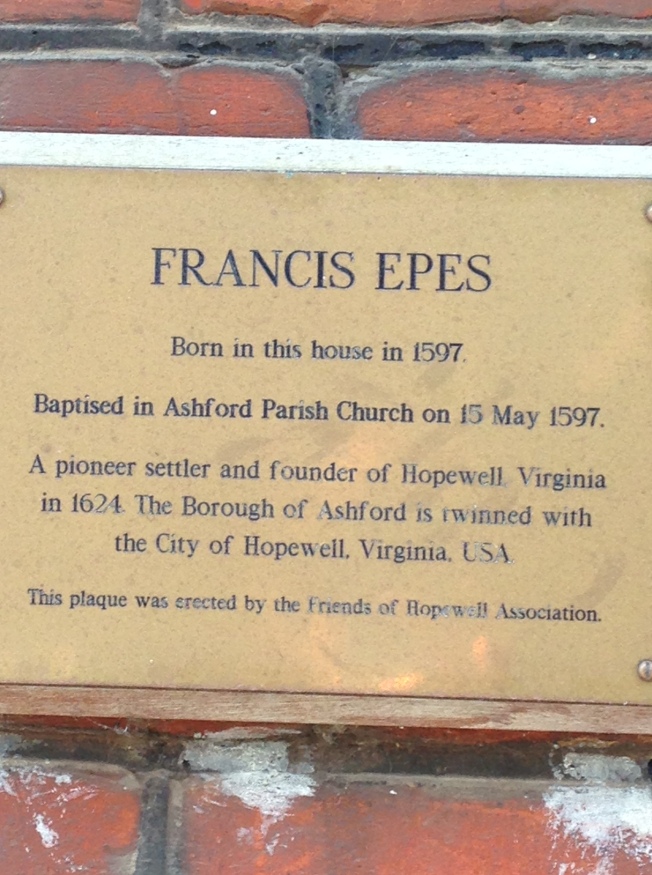