A piece of trivia caught my imagination recently (trivia tends to do that when deadlines are pressing).  I discovered that Ian Fleming, OO7 writer, wrote Chitty Chitty Bang Bang for his son, Caspar; my son is also called Caspar.  Intrigued by this coincidence, with the clock ticking and the deadline fast approaching, I decided this was the perfect time to ‘go on a Google’.  I was rewarded for my procrastinating diversions with lots of East Kent links to Ian Fleming and even, possibly, a couple of Ashford ones …

Fleming’s father was killed during the First World War and he was sent to live with his aunt, Charmian Bond (familiar surname), five miles south of Canterbury, at the fabulously named, Pett Bottom.  Growing up amongst those quaint place names must have given Fleming the taste for innuendo with which he imbued his character, James Bond.  When he was older, Fleming’s favourite pub was The Duck Inn at Pett Bottom, which is a sentence I enjoyed writing enormously.  Fleming wrote You Only Live Twice, in the pub garden of the Duck Inn.

James Bond travels through East Kent to London in both Moonraker and Goldfinger, stopping at Ramsgate, Romney Marsh and Aldington in the borough of Ashford. 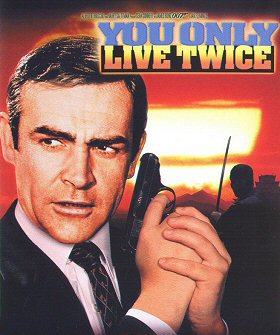 The man said to have been the real-life inspiration for James Bond, was Peter Wilson, a former MI6 agent, who lived at Towers Cottage in Smeeth in Ashford.   In the 1950s and 60s, Wilson would throw wild parties at his cottage, Fleming in attendance, along with many glamorous filmstars of the day.

It is very likely that Fleming would have been a frequent visitor to Ashford, still a busy market town for much of the first three quarters of the twentieth century.  It is interesting to speculate whether he ever walked past a baby or toddler Frederick Forsyth, himself now a famous author in the espionage genre, having been an MI6 spy, but who grew up with his furrier father in the centre of Ashford.

It is also quite probable that Fleming would have visited St Mary’s church at the heart of Ashford’s town centre.  In there, he might have come across a plaque for a vicar who arrived in 1774 and was finally succeeded in 1826, having been in the post for 52 years.  His name?  James Bond.