I have had many, many conversations about the Panorama in the past few months.  All my closest, funniest friends agree: the building is 50 shades of grey … and not in a good way.  They also think I am crazy (I think the actual word used was ‘over-educated’) in defending it.  And would not life be dull if we all thought the same way?  But, personally, I have grown very fond of this structure during the past four years that I’ve lived near it.  I love its windmill shape; the way it curves round, like arms ready to embrace.

It’s true: modernist architecture does tend to be unpopular.  Yet, the loss of some of the most innovative buildings of the postwar period would ‘create a black hole in architectural history’ as Simon Thurley, former Chief Executive of English Heritage, puts it.  ‘The danger is that everything will be just got rid of and the next generation will have absolutely no idea about that extraordinary period of incredible optimism and determination to use architecture to transform society.’  Modernist architecture’s strengths are not so obvious – they require almost philosophical understanding.  Most other historic architecture is far easier on the eye, and often elicits more sentimental, idealised notions of the past. (Click on the pictures below to see their locations). 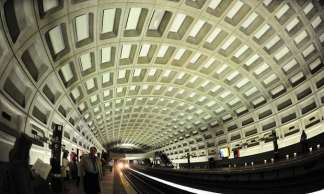 Thurley believes that you cannot treat 20th century buildings in the way you’d treat those of, say, the 18th century.  More intervention is required to make them both more useful and more appealing: even if it’s something as simple as a good scrub!

In addition, of course, getting rid of the Panorama would mean the demolition of a fundamental part of Ashford’s heritage and its meaning for local residents.  The Charter House, as it was formerly known, was built in 1973.  It was the headquarters for Charter Consolidated, a large corporation with mining interests, particularly in Africa.  Because of this business, many heads of African states visited Ashford, such as the first President of Zambia, Kenneth Kaunda – also known as the African Ghandi.  Charter House provided many local people with employment until the corporation moved away at the turn of the century.  It then stood empty until it was sold for residential conversion.

So-called ‘Brutalist’ architecture (its name in fact comes from béton brut, meaning ‘raw concrete’, nothing actually brutal!) is certainly characterized by functional, what-you-see-is-what-you-get directness, which I think is another reason why I like it.  Talking of which, below is a still from Ben Wheatley’s 2015 adaptation of JG Ballard’s novel High Rise, set in a similar block of flats.  Brutalism may be pretty austere for many people’s sensibilities, but I think this photo proves that even concrete can have its own stunning visual power …

2 thoughts on “The Panorama, Ashford”